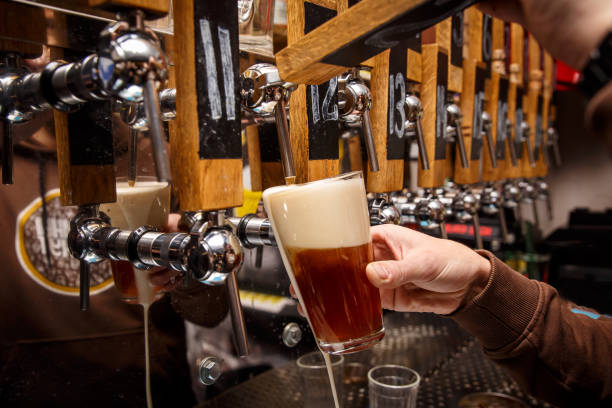 Here are some of the most common mistakes made during beer brewing, and how to avoid them.

1. Not Sanitizing Your Equipment

One of the most common mistakes made when brewing beer is not sanitizing your equipment properly. This includes anything that will come into contact with your wort or beer, such as fermentation vessels, hoses, siphons, and bottling equipment.

Even if you’re using new equipment, it’s important to sanitize it to avoid contamination. The easiest way to do this is to soak everything in a solution of bleach and water for about 15 minutes, then rinse everything thoroughly.

2. Not Boiling Your Wort For The Full Hour

When brewing beer, it’s important to boil your wort (the unfermented mixture of water, malt, and hops) for the full hour. This helps to sanitize the wort and remove any unwanted bacteria. It also helps to extract bitterness from the hops and break down complex carbohydrates. If you don’t boil your wort for the full hour, your beer may be susceptible to contamination or have off-flavours.

Hops are what give beer its bitterness, flavour, and aroma. Without enough hops, your beer will be sweet and lack flavour. When adding hops to your wort, it’s important to add them at the correct time. For bitterness, add the hops at the beginning of the boil. For flavour and aroma, add the hops near the end of the boil or during fermentation.

Yeast is what transforms wort into beer. Without yeast, there would be no alcohol in beer. When adding yeast to your wort, it’s important to make sure that the yeast is still active. If you’re using dry yeast, rehydrate it according to the package directions before adding it to your wort. If you’re using liquid yeast, make sure that it’s still within its expiration date. Also, avoid shaking the yeast too much, as this can damage the yeast cells.

5. Not Fermenting At The Correct Temperature

Fermentation is when yeast eats the sugars in the wort and produces alcohol and carbon dioxide. The ideal fermentation temperature for most yeast strains is between 68-72 degrees Fahrenheit.

6. Not Bottling Your Beer Properly

When bottling your beer, it’s important to avoid contamination. Be sure to clean and sanitize your bottles, caps, and bottling equipment before using them. To avoid oxidation, don’t expose your beer to too much air when transferring it from the fermenter to the bottles.

Also, be sure to add the correct amount of priming sugar before bottling. This sugar will provide food for the yeast, which will carbonate your beer as it ferments in the bottle.

7. Not Storing Your Beer Properly

Once your beer is bottled, it’s important to store it properly to avoid spoilage. Light and heat can both cause off-flavours in beer, so be sure to store your bottles in a cool, dark place. If you’re planning on aging your beer, be sure to store it in a cool place with little temperature fluctuation.

Now that you know some of the most common mistakes made during beer brewing, you can avoid them and brew better beer. Cheers!

To be a beer club member, check out copper tar.

Previous Post: Buying Solar Panel On A Budget: 11 Tips
Next Post: Why Choose Melbourne Australia As Your Next Vacation Place